5 Workouts to Do While Recovering from Injuries 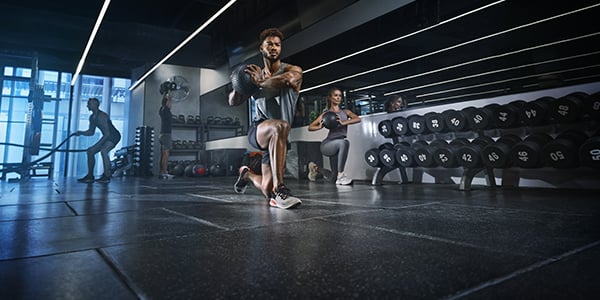 There is a well-known saying sounding like “No pain, no gain”. It is used to promote sports achievements. However, it’s significant to highlight the difference between motivating yourself and further injuring yourself. In fact, recent researches have defined that the most common cause of injuries in fitness gyms was caused by overexertion.

If you are injured and in attempts to find the way to be in a good shape, keep getting acquainted with the information below to discover top 7 workouts to get recovered from any fitness injuries. The representatives of cerritosanatomy.com also took part in creating this list helping a sportsman or an amateur to reach the best results in coping with traumas and injuries.

An effective method of injury rehabilitation – swimming and pool workouts

The positive effect of water on the human body has long been proven and is widely used both for preventive and therapeutic purposes. Regular swimming helps not only to provide a person with a proper level of physical activity, but also to rehabilitate after a number of diseases and fitness injuries. In some, especially severe cases, the pool workouts are the only possible way to restore basic functions.

Among the positive properties of swimming pool activities, the following can be distinguished:

Due to the high level of density, water helps to minimize excessive pressure on the vessels and the load on the spine, so swimming is actively used as an effective rehabilitation workout.

The most common physiotherapy methods:

Electrophoresis of medicinal substances is a type of physiotherapy, which is based on the use of direct flow and drugs introduced with its help. The drug breaks down into ions while in an aqueous solution. When the flow is passed through the solution, the drug ions begin to move, evenly penetrating into the human skin, mucous, intercellular fluid — so they penetrate and spread throughout the patient’s body.

Magnetic therapy is one of the recent innovations in the field of physiotherapy. It works on the influence of an alternating magnetic field, both on the whole organism as a whole and on a certain part of it. Devices equipped with computer software can carry out continuous monitoring, thanks to this, the doctor can make individual programs for each patient. Magnetic therapy relieves pain, lowers blood pressure, triggers regenerative processes. It has a strong anti-inflammatory and decongestant. Magnetic therapy normalizes blood and lymphatic vessels, improving the functioning of the autonomic nervous system. This type of therapy helps in the normalization of sleep, improves the psychophysical and emotional state.

Ultrasound treatment — such therapy has a mechanical, physico-chemical and mild thermal effect on the body. Due to the properties of ultrasound, redox processes in tissues occur faster. Ultrasound is used in the treatment of internal diseases, diseases of joints, ENT organs.

Laser therapy is one of the fairly new methods of physiotherapy, which has been used for just over 30 years. The light emitted by the laser penetrates to a great depth and triggers the metabolism in diseased tissues, stimulating the entire body. The laser can be installed intravenously to directly affect the blood. Intravascular laser insertion helps to strengthen the immune system, increase blood transport functions, and enhances metabolism.

Injuries occur not only in athletes, but also in people who keep a passive lifestyle. It is worth stumbling once, twisting your leg, making a sharp unsuccessful movement and this can be fraught with some negative health consequences.

Manual therapy after such situations helps to recover faster, relieve pain and generally return to the usual way of life, in which your movements will not be limited due to injury.

The benefits and effects of such a therapy for injuries

Massage is one of the methods of rehabilitation, which belongs to the category of therapeutic measures for faster recovery of ligaments, muscles, joints.

The benefits of the procedure performed are manifested in the following aspects:

Nordic walking as a type of physical activity has almost no contraindications, so over the past few years it has been increasingly included in rehabilitation measures. Specialists of restorative medicine today actively use the method not only in the treatment of the musculoskeletal system diseases and weight correction, but also in solving problems with the cardiovascular, digestive, respiratory, nervous systems.

Nordic walking is the most effective (and most importantly – safe for most patients) type of motor activity, in which more than 80% of the muscular apparatus is involved in the process. For comparison: with normal walking, only 45% of the muscles are involved. The use of special sticks involves the muscles of the upper extremities, shoulder girdle, trunk in the work and at the same time reduces the load on the joints and spine. There is practically no shortness of breath, increased blood pressure and pulse, which is typical for running.

Very often, a stationary bike is used as a means of rehabilitation of the body after an injury, serious illness or surgery. A device with a gentle mechanism of action is able to gently and at the same time effectively tone weakened muscles and restore mobility to musculoskeletal structures.

If the joint is injured, its mobility is limited for a long time, and after the inflammation subsides and the damage is eliminated, it will still remain weakened. Therapeutic training with gradually increasing intensity is able to return the joint to its normal state for a certain time, providing it with the same performance that it had before the injury. Most often, doctors recommend a stationary bike for rehabilitation of the knee joint or the hip part of the musculoskeletal system.

If a joint or other structure has been replaced with a prosthesis, restoring motor function is one of the main tasks of rehabilitation. The patient has to relearn how to handle a new joint, and an exercise bike is one of the options for physical activity that is prescribed to him. Usually, such workouts do not begin immediately after the operation: first it is necessary that the prosthesis takes root and begins to be perceived normally by the body.

Rehabilitation after the “bedridden period

People who have spent many months or even years in bed because of illness may not immediately return to their usual environment. While lying down, the muscles have become unaccustomed to loads, dystrophy has begun – it can be eliminated with the help of thorough therapeutic training under the doctor’s supervision. A stationary bike for the rehabilitation of such patients allows you to put your muscles in order, gradually return them to their former state.

Some severe diseases, such as stroke, can cause problems with coordination of movements. It becomes difficult for the patient to perform habitual actions, and without competent therapy, the quality of his life will greatly deteriorate. As part of rehabilitation after such diseases, exercise machines are used, including stationary exercise bikes.

The admissibility and intensity of loads on an exercise bike in such cases is determined not by the coach, but by the doctor. But if you do not suffer from any disease, workouts are still useful for you: they will allow you to keep your body in a healthy state and provide decent disease prevention.