The pelvic floor is involved in many basic life functions, as diverse as digestion, evacuation, reproduction, respiration, and balance. The healthy functioning of the pelvic floor improves health in all of these areas. The pelvic floor muscles work in a coordinated system to support the muscles of the hips and lower back. 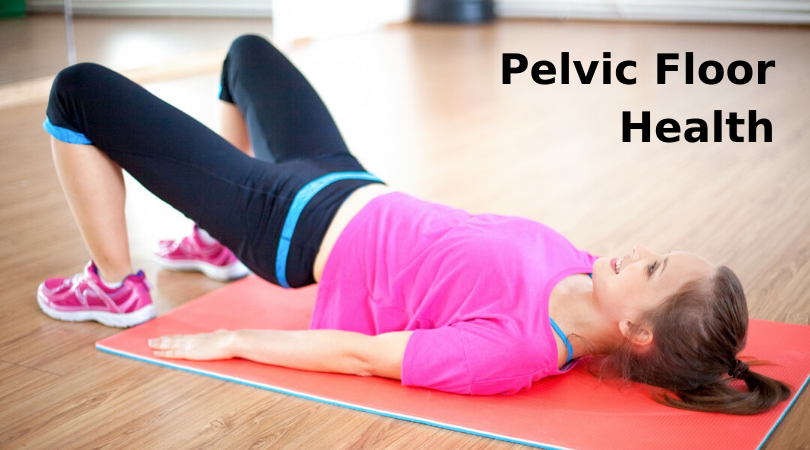 You can understand pelvic function better by studying the basic anatomy and physiology of this area.

The pelvic floor is located at the bottom of the pelvis. The shape of the pelvis as a bowl with a “hammock” of pelvic floor muscles covering its lower part. Women have three holes in this layer; men have two. The pelvic floor consists of muscles, ligaments and other connective tissues. This soft tissue support system is attached in different places to the pelvic bones, incl. to the sacrum.

The pelvic floor is a dynamic system, which means that healthy pelvic floor muscles respond to the changing needs of your body. Depending on what you are doing and feeling, the tension in this area can be different. The pelvic floor can be tense and dense, relaxed and flexible, and it can also be in any state between these two extremes. Muscles, connective tissues, and ligaments work together to maintain pelvic floor strength.

Pelvic floor muscles work differently depending on activities. They support the pelvis and legs in activities such as balancing, walking, dancing and horseback riding. They help control and maintain bowel and bladder emptying when you are not ready for this, and relax when necessary. The mother’s pelvic floor relaxes and even stretches so that the baby is born. The pelvic floor muscles support the internal organs and, obviously, are associated with sexual function and its health.

Problems associated with the pelvic floor appear more often. A special problem – incontinence – is becoming more common. Television and women’s magazines advertise special incontinence products, such as pads, diapers, and special underwear. You can find a full range of these funds in any huge pharmacy chain. The commercials inspired scientists to create exercises.

This problem concerns people of all generations and genders. Incontinence affects both athletes and people with less active lifestyles, mothers and nulliparous women, young and old men. One study reported that 1 in 5 postmenopausal women suffers from incontinence. The problem of urinary incontinence can be eliminated in 80% of women using exercises for the pelvic floor muscles. Men also have problems with pelvic floor muscles. In men, pain or trauma of the lower back, prostate diseases can result in bladder problems. People of any gender, age, and occupation can learn to help themselves by increasing their awareness of controlling the pelvic floor muscles and knowing how to effectively use these internal muscles.

Incontinence is defined as any unintentional urination. If you urinate when you don’t want, then you have incontinence. Incontinence can be a problem for both women and men of all ages. This disease is divided into 3 categories.

The second type of incontinence is called urgent incontinence. This is not only a physiological problem but also a psychological one. This is a powerful urge to urinate when you are on your way to the restroom. It is often difficult to hold back and you empty your bladder before reaching this room. Your urge to urinate increases as soon as you get the keys to open the home doors, it seems that you cannot control it.

The third type of incontinence is called mixed. This is a combination of the first and second types of incontinence, often with symptoms of both types.

Treatment of incontinence (pelvic floor physical therapy) includes exercise, surgery, and drug therapy. Exercise treatment is the most successful and safest approach. Side effects were not observed. One study found that women who performed pelvic floor exercises got rid of incontinence by 89%. Muscle training can also help with the omission of organs, such as the uterus, bladder or rectum, as well as with pressure on the vagina. Surgery for incontinence, on the other hand, is effective only in 50% of cases and, as a rule, only tightens the ligaments. Although in some cases, surgery is simply necessary. But after surgery, you also need to exercise to improve your muscle awareness and control. The muscles will help maintain the internal organs (bladder, uterus, and rectum) in the correct position.